Allan ZIngeler, CEO
The improvement of atrial fibrillation (AF) ablation technologies over the past 20 years has aimed at enhancing patient outcomes while shortening procedures and reducing the need to repeat them. Despite advances in technology and operator training, long-term procedural success rates for AF ablation have plateaued at 60-70 percent. Importantly, complications arising from collateral damage persist with existing technology, namely injury to nerves and the esophagus. This unfortunate reality is a byproduct of a continued reliance on thermal ablation to kill tissue: extreme heating via radiofrequency or extreme cooling (freezing) via cryoballoon. Enter FARAPULSE PFA (Pulsed Field Ablation), which has arrived as the most promising new energy source for cardiac ablation due to its non-thermal mode of action.

FARAPULSE PFA promises better safety and efficacy by selectively ablating targeted heart muscle while sparing other tissue. The technology works by creating a momentary electric field to which heart muscle is uniquely sensitive. Through thoughtful design of catheter and surgical platforms for endocardial and epicardial approaches, the FARAPULSE PFA system has now been used safely in 175 patients with both paroxysmal and persistent AF. "While traditional RF ablation has a chance of causing catastrophic esophageal damage or injury to other nearby tissues or vessels, PFA has a safe and quick application that acts selectively on the target heart muscle alone," says Allan Zingeler, CEO of FARAPULSE. The FARASTAR PFA generator serves as the hub of the platform and connects with a variety of FARAPULSE catheters to perform procedures such as pulmonary vein isolation.

In addition to FARASTAR, Zingeler elaborates on the product portfolio of FARAPULSE. The FARAWAVE catheter, capable of a variety of shapes between a flat “flower” and spherical “basket”, features an over-the-wire design to create durable and circumferential PFA lesions from a femoral approach. "FARAWAVE is our flagship product for AF ablation and is designed to ablate pulmonary veins for paroxysmal AF patients," adds Zingeler. FARAWAVE is easy to use and adapts to individual patient anatomies. Over 150 patients have been treated with FARAWAVE with more than two thirds of those patients receiving prospective reassessments of the procedure’s success, making for one of the most thorough studies of its kind. After receiving Breakthrough Program status from the FDA in early 2019, the company is positioned to begin its pivotal FDA trial shortly. The company also has developed the first-ever focal PFA catheters, with its deflectable FARAFLEX catheter yielding safe and effective results in patients with atrial flutter.

What really sets the FARAPULSE team apart is their pairing of rigorous R&D and clinical study. The team consists of many EP and cardiac ablation experts with ten to twenty-plus years in the space. In contrast to the big players in the market, FARAPULSE has a tenacious, PFA-only focus that has placed the company in a strong position around its intellectual property. "By the end of this year, we will have over 22 issued patents globally and a very strong IP portfolio, giving strong protection on our innovation," says Zingeler.

The future is most promising for FARAPULSE as it approaches FDA trials for other products, FARAFLEX and FARAPOINT. Meanwhile, the company is focused on continuing R&D activities and clinical trials. With commercialization in Europe fast approaching, physicians and their patients stand to benefit from the improved safety, speed, and efficacy of FARAPULSE PFA. 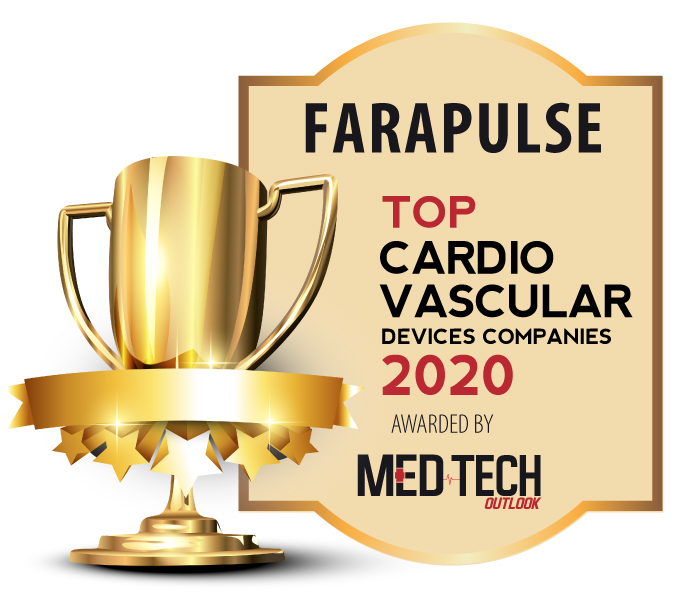 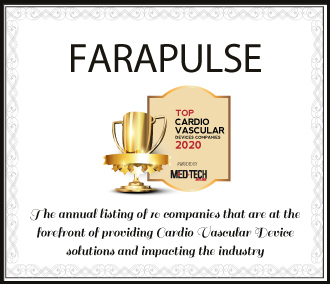 Description
FARAPULSE is a company that is focused on offering a safer, more successful AF ablation therapy based on its ability to selectively and singularly ablate targeted cardiac tissue. The technology works by creating a momentary electric field to which heart muscle is uniquely sensitive. Through thoughtful design of catheter and surgical platforms for endocardial and epicardial approaches, the FARAPULSE PFA system has now been used safely in 175 patients with both paroxysmal and persistent AF